We can. We will. We win together!

Feel the win without the burn 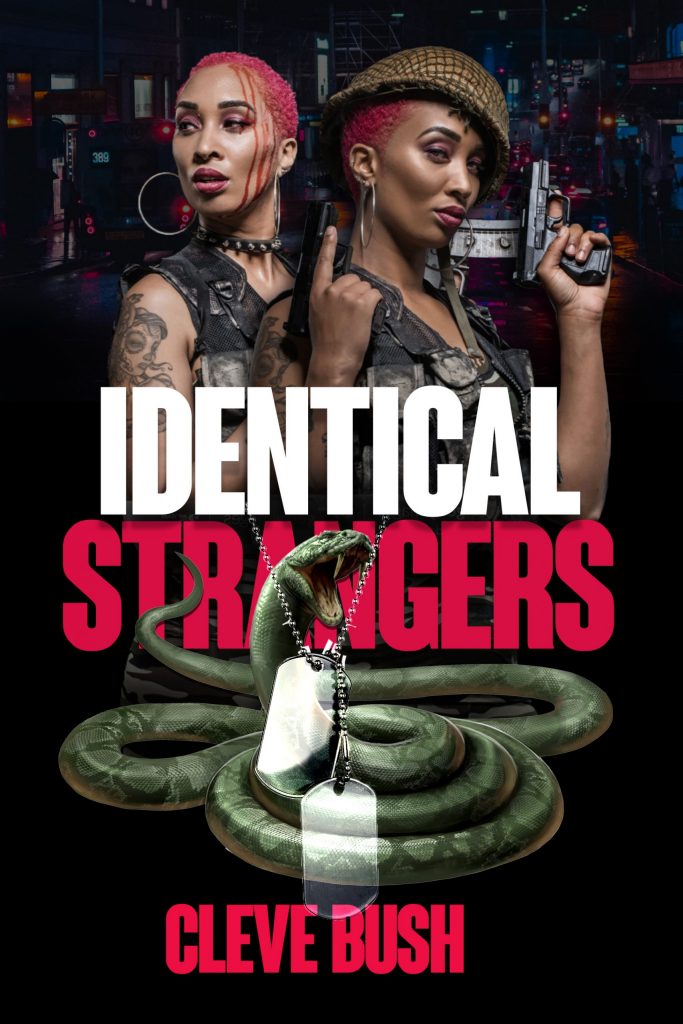 Identical Strangers is a military thriller written about two sisters who were displaced at birth due to their military mother meeting her premature demise.

Fatimah and Khadijah Dupree would have shared the maternal legacy that normal children live to be proud of; however, due to the misfortune of losing their mother, they instead turned into hardened heart Assassins. Separated by the Department of Children and Family Services and given to men sworn to uphold and protect our Country.

Men who would instead demonize and program the twins to carry out atrocious acts against any members of the armed services who could expose their secrets. The twins were losing all hope of being reunited with time. Miscalculating the pull of human polarity, all those involved would witness two halves of one whole – sisters pulled apart by evil intents- brought back together by destiny, luck, and a Higher Power’s malicious sense of humor. The ultimate question is: will the bond be stronger and the anger run deeper?

Sample of Identical Stangers - Chapter one

Praises About This book

From the beginning to the very end this book read like a movie! Author Cleve Bush has done a phenomenal job in this debut novel. I cannot wait to read future books. Suspenseful, Intents and characters are memorable. I was glued to every page and didn’t want it to end.
 5/5

Couldn't put the book down

Cleveland Bush III, born November 20, 1973 in a Suburban Town of Chicago, Illinois called Robbins. He is the son of Blondell Weaver and The Late Cleveland Bush Jr. He has two siblings. Grew up in Chicago and North Augusta, South Carolina. Permanently relocating to South Carolina in 1990, Cleveland graduated from North Augusta High School in 1992. He is a Veteran of the UNITED States Navy. A twenty(20) Year survivor of Mass Incarceration, where he learned the valuable art of survival through faith. He is a powerful and skilled orator, blogger, author and entrepreneur. Currently residing in Columbia, South Carolina and works as a Rigger/Outfitter at Thunderbolt Marine in Savannah, GA.

Sign Up! Get news about new books, authors, and more.